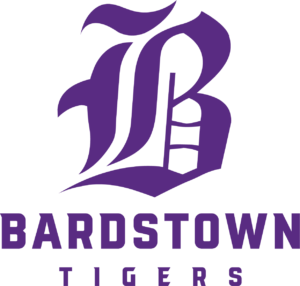 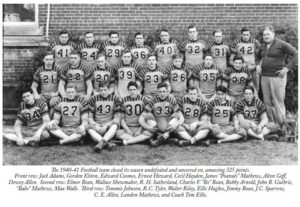 Spring football practice brought out 29 players from a male student population of 55 with the 1941 football team successfully winning the co-championship of the South Central Kentucky Conference (SCKC). As they tied with Campbellsville, two identical trophies were awarded to the schools. Football team closed its season undefeated and unscored on, amassing 325 points. This would be the last football team to play until 1945. The restrictions of the war resulted in the SCKC voting to drop conference football for the duration of the war. The plan was to resume the schedules adopted for the 1942-43 season after the war. The main reasons were the conservation of tires, the lack of coaches, finances and the lack of transportation. This was the last eleven-man football team in the 1940s; after the war they used a six-man team.

In an interview with 1943 graduate and player, Charles “Bo” Bean, he recalls that the football had a white strip around it which made it easier to see in the dark or when it was overcast. Sometimes the ball was all white. Bo also talked about the protective equipment, or rather the lack of it. The helmets were made of leather with no face protection. “Every Friday night we’d get our nose broke and on Saturday it would be as big as our fist,” Bean said. 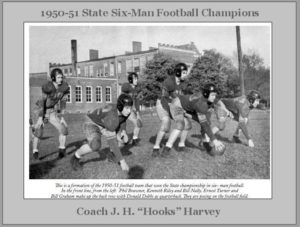 In the fall of 1949, Coach Harvey revived football, which had been missing at Bardstown since 1941, in the form of six man football. In just the second year of existence, 1950, the team laid claim to a mythical six man state football championship, by beating a northern  Kentucky team, Burlington, in a post season game played in Bardstown.  The win capped off a perfect undefeated and untied season.  Team members included Phil Brawner, Kenneth Riley, Bill Nally, Ernest Turner, Bill Graham and Donald Dobbs as quarterback. The team used the St. Joe Prep football field. A new football field was planned in 1953 and opened for play in the fall of 1954.